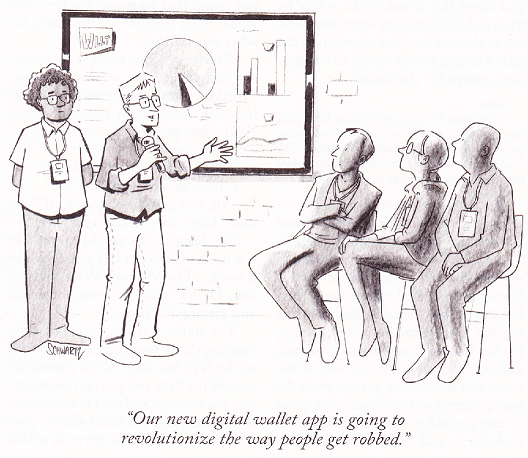 Introduction and summary from Bitcoin, Currencies, and Fragility by Nassim Nicholas Taleb the author of Black Swan[2]

This discussion applies quantitative finance methods and economic arguments to cryptocurrencies in general and bitcoin in particular —as there are about 10, 000 cryptocurrencies, we focus (unless otherwise specified on the most discussed crypto of those that claim to hew to the original protocol [1] and the one with, by far, the largest market capitalization. In its current version, in spite of the hype, bitcoin failed to satisfy the notion of "currency without government" (it proved to not even be a currency at all), can be neither a short nor long term store of value (its expected value is no higher than 0), cannot operate as a reliable inflation hedge, and, worst of all, does not constitute, not even remotely, a safe haven for one’s investments a shield against government tyranny, or a tail protection vehicle for catastrophic episodes. Furthermore, bitcoin promoters appear to conflate the success of a payment mechanism (as a decentralized mode of exchange), which so far has failed, with the speculative variations in the price of a zero-sum maximally fragile asset with massive negative externalities. Going through monetary history, we show how a true numeraire must be one of minimum variance with respect to an arbitrary basket of goods and services, how gold and silver lost their inflation hedge status during the Hunt brothers squeeze in the late 1970s and what would be required from a true inflation hedged store of value.

stablecoins use widely varying management, implementation, and reserve models to attempt to hold their peg (i.e., maintain their value). For example, the International Organization of Securities Commissions (IOSCO) evaluates four different types of stablecoins: fiat currency, other real-world assets, other crypto assets, and algorithmic controlled assets. These types are delineated by the form of reserve funds held and the method for maintaining price stability. The IOSCO claims that stablecoins should be considered crypto-assets as opposed to cryptocurrency “since these assets do not in general fulfil the core economic criteria of money – as a unit of account, a stable store of value and efficient means of exchange.” When functioning properly, stablecoins do typically intend to satisfy this definition of money, but there are security, trust, and stability issues that can limit their ability to fulfill this role.